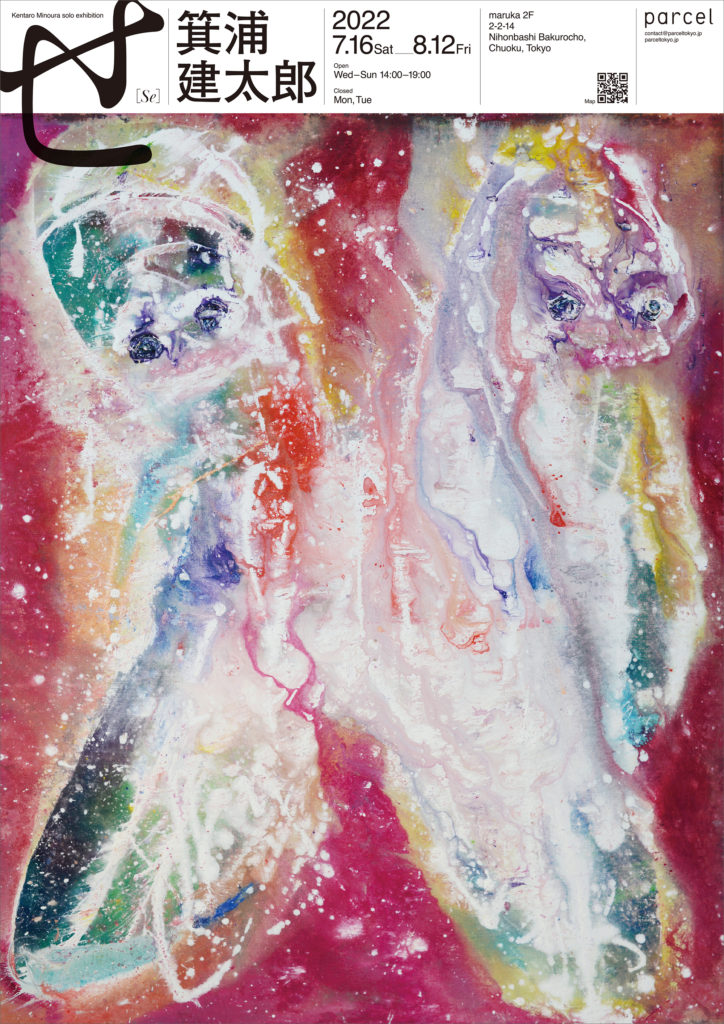 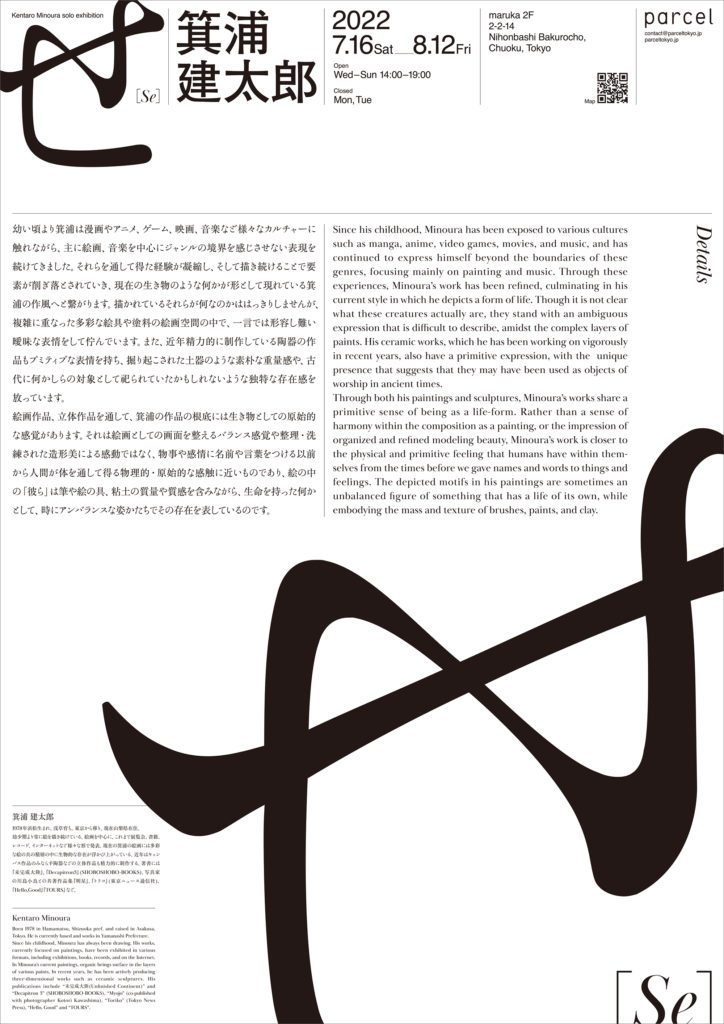 parcel is pleased to announce Kentaro Minoura’s solo exhibition “Se”, his first solo exhibition in two years since his solo exhibition “Ki” at PARCEL in January 2020.
Since his childhood, Minoura has been exposed to various cultures such as manga, anime, video games, movies, and music, and has continued to express himself beyond the boundaries of these genres, focusing mainly on painting and music. Through these experiences, Minoura’s work has been refined, culminating in his current style in which he depicts a form of life. Though it is not clear what these creatures actually are, they stand with an ambiguous expression that is difficult to describe, amidst the complex layers of paints. His ceramic works, which he has been working on vigorously in recent years, also have a primitive expression, with the unique presence that suggests that they may have been used as objects of worship in ancient times.
Through both his paintings and sculptures, Minoura’s works share a primitive sense of being as a life-form. Rather than a sense of harmony within the composition as a painting, or the impression of organized and refined modeling beauty, Minoura’s work is closer to the physical and primitive feeling that humans have within themselves from the times before we gave names and words to things and feelings. The depicted motifs in his paintings are sometimes an unbalanced figure of something that has a life of its own, while embodying the mass and texture of brushes, paints, and clay.

This entry was posted in Exhibition. Bookmark the permalink.